Firstly, we head to the North of Ha Giang at 50 km to Tam Son town. Before going downtown Tam Son, we must ride via little twists and turns, challenging even for the most professional riders. Afterward, climb up stone steps to reach Heaven’s Gate Pass (or Quan Ba). From the peak, you can admire the entire majestic natural picture of Tam Son town and Co Tien Mountain from a far distance.

From Quan Ba, keep riding along Highway 4C to reach Yen Minh town. Here you can feast your eyes on the Yen Minh pine forest, which looks as scenic as the second Da Lat in the Northeast. Pine trees are straight with needle leaves, standing vertically despite the wind and rain to develop into protective forests for people. Entering Yen Minh pine forests, tourists are seemingly lost in Da Lat, where they can be immersed in the endless green color with the cool wind and fresh air, which blows their minds after driving hours. 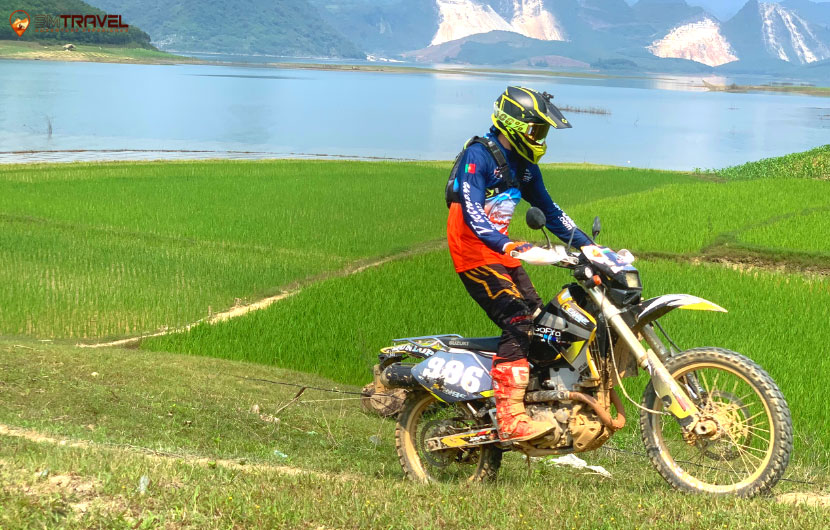 A new day will cover a winding pass in Lung Thau commune to Pho Cat, situated on Highway 4C. Pho Cat is well-known for unique fairs where the local culture is painted obviously through trading and exchanging activities. Joining those fairs, you will be sunk in the rich brocades and special foods. The next attraction is a unique architectural design named Vuong Palace (Cat King Mansion), built nearly 100 years old by King Vuong Chau Duc. The entire Cat King Mansion, covering an area of 3,000 m2, began construction in 1898, completed after nine years in 1907.

From the Cat King Mansion, you go ahead to the Lung Cu flag pole. Tourists will go straight up the foot of the flag pole, buy tickets and climb up. Put your footprint on it; a masterpiece of nature will surprise your eyes. En route, you can admire the beauty of Dong Van Karst Plateau Geopark, recognized by UNESCO as a Global Geopark. Located at an average altitude of 1,000 – 1,600m above sea level, Dong Van Karst Plateau is one of the special limestone areas of the country, containing major historical development of the earth’s crust.

From Dong Van to Meo Vac is about 20 km, passing the road Happiness – a legendary road connecting Ha Giang city with four high mountainous districts in the North of Ha Giang. There is a famous pass called Ma Pi Leng with a length of 20 km. At the top of Ma Pi Leng, you can check in with magnificent mountains and the Nho Que stream, winding along the mountain foot.

Leaving Meo Vac, you will drive via Du Gia – Mau Due road, which is more than 70 km long to reach Ha Giang. Once again, you will enjoy the true adventure by driving on rocky and curse slopes. Du Gia – Mau Due route has enchanted tourists with the breathtaking natural views throughout the motorbike tracks with white clouds floating under the blue sky, majestic hills, and murmured streams. Along the way, the tourist can observe the beautiful scenery with green forests dotted everywhere, the colorful terraces, and the tiny roofs of ethnic minority people as a wonderful artwork of Ha Giang.

Ha Giang is put on various natural outlooks at different times. Every season goes by the laws of Nature, leaving fresh vitality and spectacular and romantic landscapes. The beauty is intertwined, creating a strange and fascinated charm that travelers can’t resist. After enjoying this great route, follow the road TL176 and NH34 back to Ha Giang city to have supper and rest. 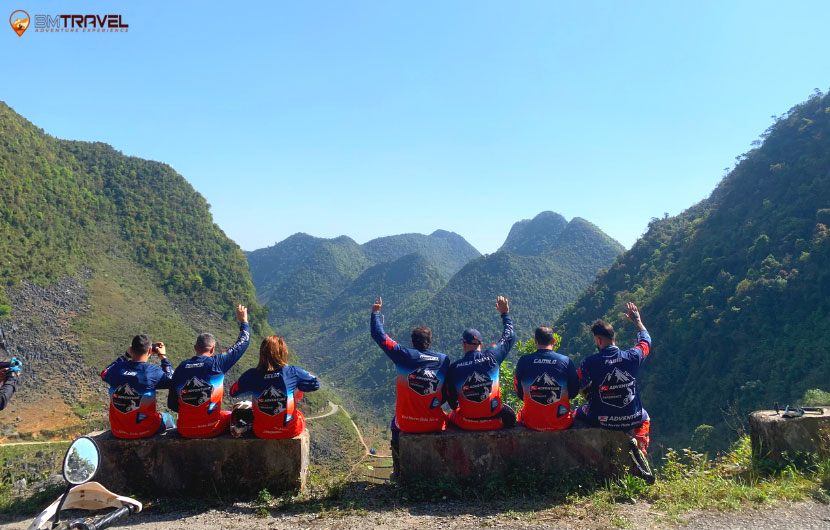 The point for the 4th day is one of the most famous terraced rice fields in northern Vietnam – Hoang Su Phi. Whether you seek an intrepid outdoor adventure or a leisure escape, Hoang Su Phi is bound to satisfy your appetite for memorable experiences. Looking at the terraced rice field, you will question how people can manually create such amazing things. And one of the most wondrous rice fields in the world is Ban Phung terraces. Scaling up into the sky, these green pastures are renowned worldwide and have been designated as a national heritage site by the Ministry of Culture, Sports, and Tourism. We will join the national road No. 2 ride to Vu Linh, where we will stop for the night. Before reaching the village of Dzao, we will walk along the Thac Ba Lake on a small path lined with palm trees and panoramic mountains; we can have a small boat trip around Thac Ba Lake – The largest artificial lake with more than 3000 islands.

Riding back to Hanoi on the last day, we still take time to explore the Red river delta with rustic villages. If we start our day early, we can stop to visit the ancient village Duong Lam – 60 km to the west of Hanoi. Duong Lam is renowned for most of the buildings made of laterite and mud, two materials abundant in the area. Apart from its historical and tourism values, Duong Lam ancient village is an important spot for scientists to study resident communities in ancient agriculture.

We highly recommend that you let our tour guide choose a safe road far from the busy and noisy roads. We will offer a short off-road journey through the green tea plantations promising a lot of great explosions. When returning to Hanoi, the last 15 km is the hardest part of the day. The crazy heavy traffic in the inner city will bring you a sense of adventure by floating between the local scooters until you stop and relax at the hotel. 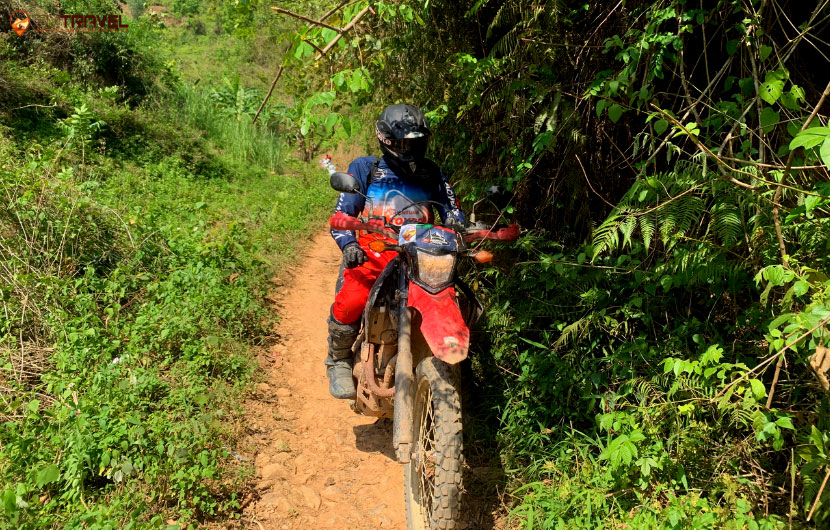 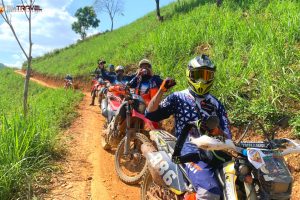 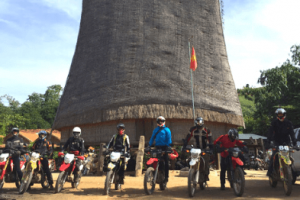 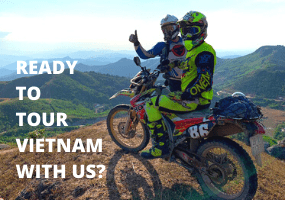